​Why Study at Maurice Arenas Guitar Academy in Frederick, Maryland?

Vol 5 - Chords and the CAGED System 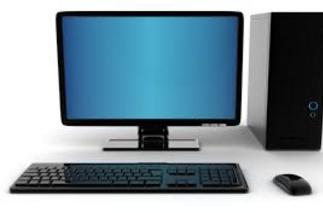 you can Study With some Of The USA's Top Music Instructors

"go Where The Pros Go"

Past and Present Students Are Teachers At

Past and Present Students are Professional Musicians In

Peter Heiss grew up in Rockville, Maryland and started taking piano lessons at a young age. After getting a musical foundation on piano he started playing guitar at age 13. He quickly became enamored with the sound of the guitar and its music. In high school he was involved in jazz, rock bands, solo acoustic guitar and song writing.  He went to college for Classical guitar and later finished a Master's degree in Guitar Performance. Heiss regularly performs live music in Maryland, Washington D.C., Virginia and West Virginia. 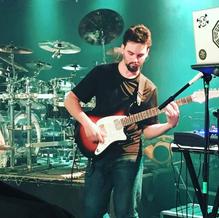 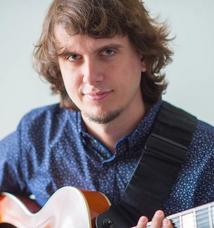 Matt Rossa is a resident instructor and clinician at Maurice Arenas Guitar Academy with 16+ years playing and performance experience, and 5+ years teaching experience. He is signed under Prosthetic Records with his band Exist, which has an active biannual touring cycle as well as semi-annual album release cycle. Matthew is an Xotic Effects & Guitars artist, a Gravity Picks artist, and a featured artist by John Page Guitars. His training comes from Maurice’s studio in jazz, blues, rock, music theory, and various fingerstyle methods. Matthew enjoys teaching a wide array of musical styles on guitar for all ages, and always looks for fun and inspiration for each student.