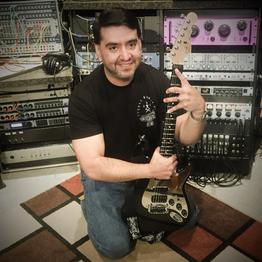 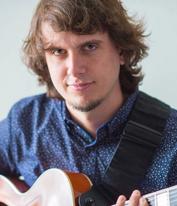 Maurice Is officially endorsing Matero Fx Brand. He will also be doing video demos for the products on their social media.

Maurice is officially now part of the Benedetto Guitars jazz guitar family, Maurice is using his Benedetto on upcoming singles and new courses.

Maurice is happy to be part of the Rivera Amp family, he loved using his Rivera amp for his track "Spanish Harlem" with Oz Noy.

Maurice is happy to be part of the GHS String Family. Maurice loves using GHS Boomers in many different gauges.

Maurice Arenas has currently finished recording a project he wrote with Oz Noy and David Grissom that will be released very soon.

Maurice Arenas has recorded a variety of his compositions in a fusion rock project with fellow TrueFire Instructor Joe Pinnavaia. Be sure to check them out on Spotify and Apple Music.

Maurice has recently finished filming a new Jazz Course for Mike's Master Classes on the Duke Ellington Classic "Take The A Train".

Maurice Arenas is happy to announce his new TrueFire course on sweep picking and hybrid picking is out and on sale at TrueFire. Be sure to download it.​

Maurice Arenas is proud to announce that he is currently a member of the Cool Picks Artist Family. He is proud of his new friendship with Cool and will be doing some demonstration videos for the company.

Maurice Arenas is proud to announce he is currently a member of the Lunastone family and is happily endorsing Lunastone Pedals. Maurice is a huge fan of the True Overdrive 1 and 2 pedals.​

Maurice Arenas has done 4 duo jazz videos with fellow TrueFire Instructor and Berklee Instructor Sheryl Bailey. The first of the four duo videos is above called "All The Things You Are". Be sure to subscribe to Maurice Arenas YouTube Channel for future music and instructional videos.

Maurice is a featured artist on Bedell Guitars website, be sure to check out his artist profile and all current artist acoustic news at Bedell Guitars.

Maurice now endorses T. Jauernig Pedals. He loves the versatility of the Kollmanation pedal for various modern gain sounds and the Ricochet for it's versatility in truly recapturing a very real analog sounding tape echo sound while being reliable on the road and in the studio.

Maurice now endorses Keeley Electronics Pedals. Maurice has been a fan of Robert Keeley's work for many years now and is proud to be a part of the Keeley Artist family.

Maurice was featured in Bedell Guitars social media page displaying some of guitar tracks in his upcoming album.

Maurice is now endorsing Bedell Steel String Acoustic Guitars. Bedell is the only company that has "Seed to Song" documentation for all of their instruments and is very environmentally conscious about their efforts in building the highest quality American Boutique Acoustic Steel String Guitars. Keep an eye out for Maurice demoing his Bedell here and on the Bedell website soon.

Maurice is now endorsing Chemistry Design Werks products. They have an innovative pedalboard and case called the "Holeyboard" which is absolutely something you need for the road and for the studio!

"The sound of pure magic!"

With Over 100+ Years Of ​​​Combined Teaching Experience For All Levels, Ages And Styles

Sample videos of our professional instructors 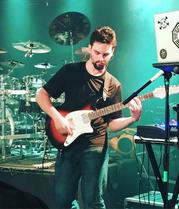