MAGA has had many of its own students become professional musicians themselves. MAGA alumni have graduated from prestigious schools like Berklee, San Francisco Conservatory, Mannes School of Music and Juilliard. MAGA alumni are also career professionals in arena rock bands like August Burns Red, Death and Cynic. During this time in his career his main focus has been on writing his own music, performance, education, coaching and clinics. Maurice is also a coach for Grammy nominees as well as music professionals on the Billboard charts.

Besides MAGA, Maurice became an adviser for various college guitar departments including the State of Maryland, as well as clinician and guest instructor for various music schools, songwriters workshops and colleges as well. He teaches alongside instructors from Berklee and Princeton in his own online classroom at TrueFire. Deciding to fill a void in guitar instruction, he also developed and created his own fusion guitar instructional video series called "The Art of Fusion" Volumes 1 to 6 for Mike's Master Classes.

Maurice has also contributed as a featured columnist for Just Jazz Guitar Magazine, Guitar Skills Magazine and TrueFire "Riff" Journal and plans for instructional books and videos are under way. Maurice continues his musical pursuits forward with upcoming performances, clinics, recording projects, production as well as future instructional videos. Maurice currently has 2 instructional videos on TrueFire and has a variety of singles on all platforms. 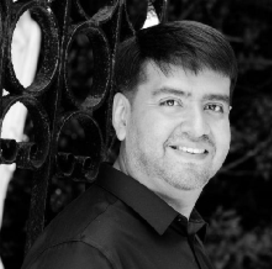 Maurice Arenas is a veteran studio musician with over 45+ years of playing experience, over 40 years of performing experience and over 30 years of teaching experience. Originally from New York City and some time in Long Island, he absorbed the best musical scenario for his musical tutelage. After acquiring a Bachelors and a Masters Degree in performance as well as composition, he moved back to NYC and started playing in Broadway orchestra pits as well as doing jingles and recording sessions for radio and television and up and coming artists.

Due to spending quite a bit of time doing studio work and then touring on the road with various acts, Maurice decided he needed a change. He decided to move to the greater Washington DC area and create his own music instruction school much like one of his mentors Billy Bauer did (guitarist for Miles Davis, Charlie Parker, Dizzy Gillespie and Lennie Tristano). Maurice Arenas Guitar Academy was then was born. 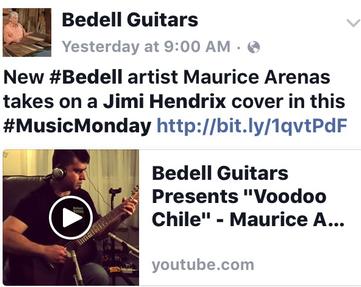